I was riding my bike to the office in the semi-darkness by the lake and about five geese flew in and landed next to me, way less shy then usual, but also not honking aggressively. I went right by them, inches away, and they looked at me, and I said, "My friends, the geese!" They smiled, as geese will do when in a small group like that.

Just then, I saw a young man and women out running, and I nodded to them, smiled, and said "hi"-- a little embarrassed that they had just caught me talking to the geese. They didn't smile, however, or even change expressions, looking straight ahead, focused on whatever goal it was they were intent on. Overcoming pain perhaps? It seems like most runners are really into pain, and I get the idea that is has something to do with being able to steel themselves for bloodthirsty conquest in the corporate environment. I'm generalizing, of course, put I really feel like runners should at least try to LOOK like they're having more fun.

Of course this is Milwaukee, where strangers don't smile at strangers, and there is a clear delineation between work and fun. Work is what you do at the office and fun is what you do at the bar after work. Maybe I'm being too harsh-- maybe those people were just shocked to see a man riding a bike at six a.m. with Jesus hair and an Amish beard talking to the geese. (I'm just kidding! I don't have an Amish beard!)

God help me that I don't have to get a temp office job in Milwaukee! It was bad enough in Portland-- where they seem to have invented the phrase, "Have at it." But here, I can only imagine the horrors! The humorless office managers named Pat (woman) and Chad (man), starting work at 7 am! (It's a lot different writing this at 7 am then going to an office where everyone has arrived punctually with Starbucks cups, and someone has been assigned to bring in two dozen donuts from Pic'n'Sav.)

Oh my god, I'm having a nightmare and I'm not even sleeping! I said GOD twice, and I'm not even a religious man (despite the Jesus-hair). Will they make me wear a Green Bay Packers jersey on casual Friday, with a the number "4" on it? How can everyone be #4? What if I was to wear a Mark Chmura jersey and ask my co-workers how old their daughters are? Would any of them think that was funny?

To end on a positive note, it's a beautiful morning, and I got out before most of the Monday traffic. A crazy old guy who was fishing by the art museum said hi to me!
Posted by Ray Speen at 7:25 AM 7 comments:

I (heart) the Geeses!

First of all, that "heart" in those things ( ) means LOVE. Written in this way (heart) it represents a heart symbol. I don't know how to make the symbol, or if it's possible on this program, so I'm writing it this way. If it were to be a heart symbol, however, it would mean LOVE, and not "heart" as some people seem to think (as with that kind of recent crap movie, what was it called, "I (heart) Wackabees" or something. They used a heart symbol, which was nice, but everyone VERBALLY said "heart" instead of "love." You don't see one of those bumper stickers with the dogs and say "I HEART Springer Spaniels" do you? You say "love!" So I don't know why, with this movie, they started saying "heart" when it was supposed to be "love."

That said, I also have to add, it gets me really angry when people complain about the Canadian Geese shitting everywhere. (I'm assuming these are Canadian geese, I'm no expert.) They do leave rather large turds about, but they are big birds, look at them! And it's not like WE (humans) don't shit. We've got this big, beautiful lake on our shore, here in Milwaukee, and we can't swim in it! Why? Because WE SHIT IN IT!

That said, I just want to say how much I love the geese! There are like a million of them hanging out in Veteran's Park right now... this huge expanse of green grass, and great hoards of these HUGE, crazy looking geese everywhere! It's like, if you can imagine this, a giant field populated with hundreds of cats!
Posted by Ray Speen at 10:21 AM 2 comments: 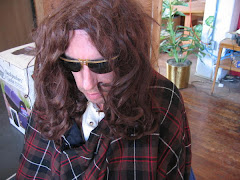 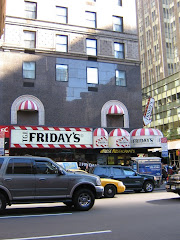 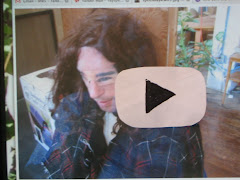 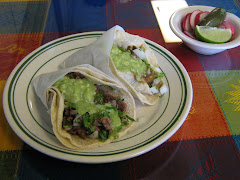 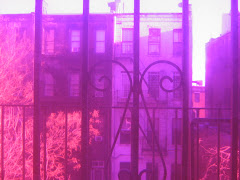 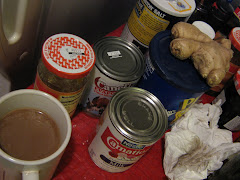 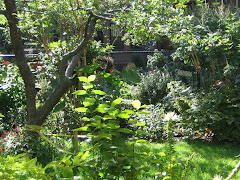 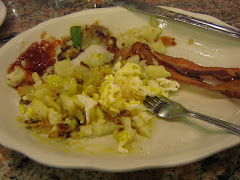 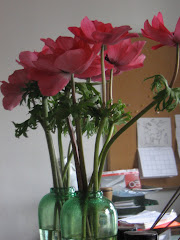 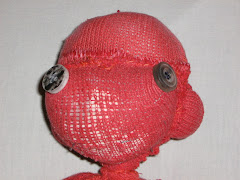